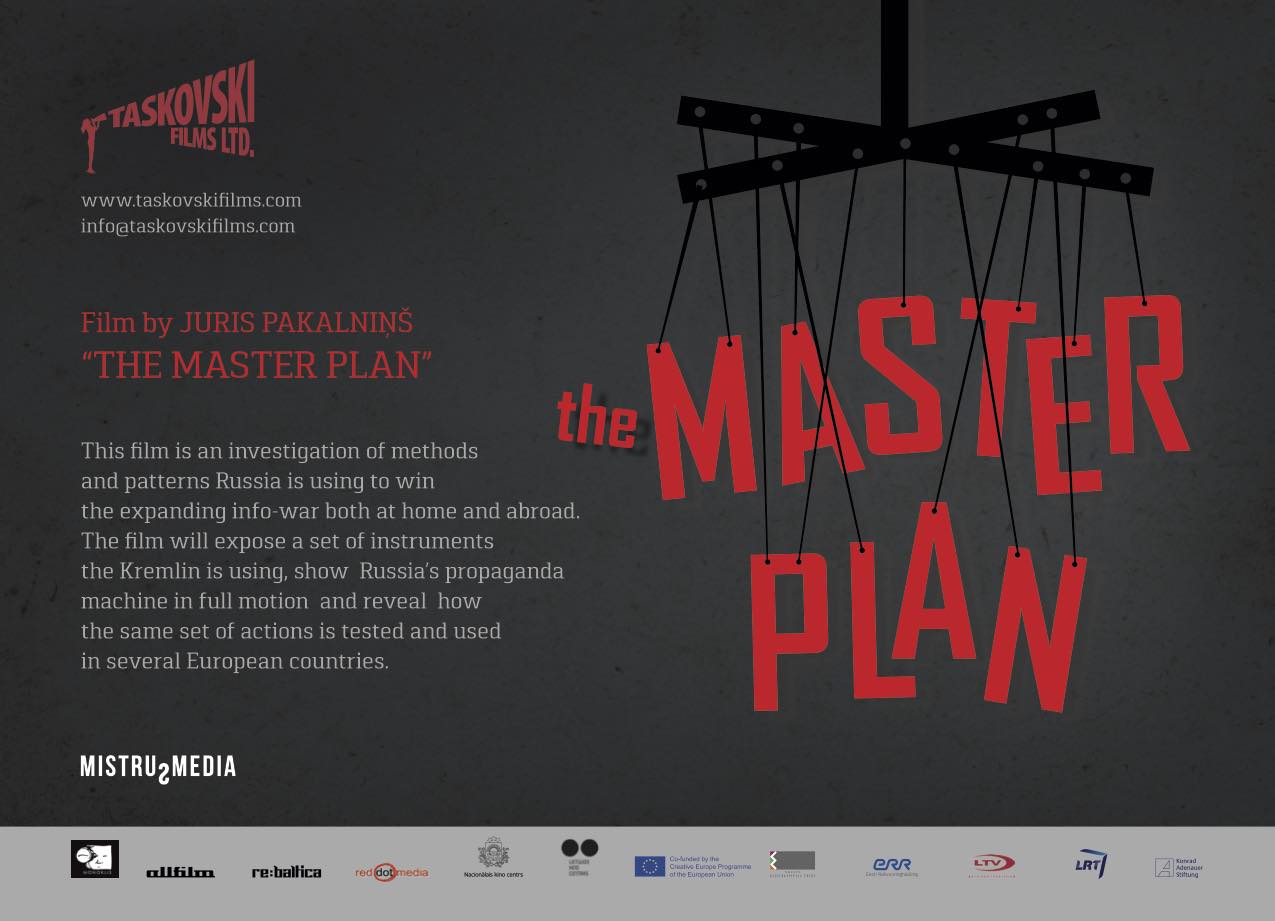 An investigative documentary about the new Russia whose expanding influence is based on old sentiment, past fears and misguided feeling of enemy encirclement.
After the war with Georgia in 2008, Russia started building a model for a new type of warfare: hybrid war where military actions are combined with a battle over people’s hearts and minds.
This film is an investigation of methods and patterns Russia is using to winthe expanding info-war both at home and abroad. The film will expose a set of instruments the Kremlin is using, show Russia’s propaganda machine in full motion and reveal how the same set of actions is tested and used in several European countries.
The key to succeed in war is to work systematically and cover all critical areas: restrict independent media and provide rich financing to and expand the state owned ones, confuse and divide the public opinion in the West, sow nostalgia and longing for the Soviet Union in Russian communities abroad and construct a credible enemy outside mother Russia.
To achieve all of the above, there is a need of an army of foot soldiers. The state funds a network of NGOs which have been created for the sole purpose of serving Russian foreign policy interests abroad and often provide a perfect cover for closer ties to local politicians. The same group of people operates across borders with a set arsenal of instruments, but taking on different identities – representing NGOs or acting as political scientists, economy experts or independent election observers.
How is this info war being fought in reality? What – if anything –the EU and NATO are doing about it? And, last but not least, are Russia’s policies succeeding?
Protagonists’ lives, opinions of experts, archive footage and fresh reportages will all help to create the actual picture of Russia’s ideological and tactical machinery as it has developed in the years since the Georgian war, resulting in a documentary about Russia’s cross-border info-war.